One of the first things you might notice when getting into disc golf are the numbers on our website or printed on the disc.

Commonly referred to as flight ratings or flight numbers, these serve as a way to help give disc golfers an idea of the flight before they ever throw the disc. For many discs, you'll find a series of four numbers and each one represents something about that the flight of that disc.

Many in disc golf will always look for flight ratings and will always be curious about them for any new disc they are interested in. Others tend to ignore them. Regardless of where you might fall when it comes to using flight ratings, there are some useful things to know.

Disc golf flight ratings are not an exact science. We're often asked how we determine the flight ratings for each disc. Quite honestly, we throw it. Try and think of the entire set of flight ratings as a comparison between discs or as a guideline. If you see one disc with a higher fade rating than another, or a lower speed rating than one in your bag, you can easily determine some basic elements of that disc.

Each number is important to fully understand what type of flight to expect from a disc.

Speed ratings range from 1 to 14. Discs with a lower speed rating tend to be easier to throw, but might not go as far. If you're looking for more distance, speed ratings on the higher side of that range will accomplish that, but could be harder to throw. The harder a disc is to throw, the less room there is for error.

You can also think of speed as the amount of power you need to put behind the disc in order to get the intended flight out of it. This is one reason why you don't see distance drivers recommended for beginners. If you aren't able to get a disc up to speed, it might fade out earlier than expected instead of just flying further.

Glide ratings range from 1 to 7. Glide is the disc's ability to stay in the air as it flies toward the basket. The Discmania FD or MD are great examples of discs with high glide ratings. When you throw an FD you'll see it almost effortlessly stay aloft as it flies down the fairway. The speed you put behind it will only do so much. Then, the glide will help it carry even further.

Discs with a lower glide rating will rely more on the power you can provide during your throw. At times, a lower glide rating is desired. You might be on an approach shot with a limited landing area. Too much glide means more distance than you wanted. On holes with water or other trouble behind the basket, you want to be able to trust that disc and watch it come down to the ground comfortably.

Turn ratings range from +1 to -5. For this example, we will reference a disc golfer who is right handed and throwing backhand (RHBH). Turn can also be described as high speed stability. When a disc gets up to speed, it will want to start to turn to the right. The more it turns to the right, the more it can be considered understable at high speeds.

In our previous example, the FD has a -1 rating for turn. This means you will likely see a little bit of movement from left to right when thrown at full power. As a comparison, the Discmania PD3 has a 0 rating for turn. Without even throwing the two discs, you can expect more turn on the FD than the PD3.

One reason why you see most beginner discs with negative turn ratings is the result if you aren't able to get a disc up to speed. Using the Plasma Trace as an example, when thrown at full power, or more specifically, the speed that the disc wants for it's desired flight, you'll see a good turn begin and the disc will move to the right at the start of the flight. Let's say you aren't able to get the Trace up to full speed. You might see a little bit of turn, but more importantly, you'll see a pretty straight flight. Straighter flights are far more desirable than one that might fade out too early.

Fade ratings range from 0 to 5. Fade ratings help describe the end of a disc's flight. The higher the number, the stronger the fade. Continuing to use the comparison of the FD to the PD3, the PD3's fade rating of 5 means that you'll see a MUCH stronger fade with that disc than with the FD which has a fade rating of 1.

Fade can be also be described as the low speed stability. As the flight of a disc begins to end and the disc begins to lose power, the fade will begin. For discs with a higher fade rating, like the PD3 you might see the fade begin earlier than a disc with a lower rating and you'll see it finish harder. The harder the fade, and the higher the fade rating, the more overstable a disc is.

Discs with a higher fade rating will tend to be better options when throwing into a headwind. The wind will want to send the disc to the right as the disc itself wants to move to the left. Stronger fades will fight the wind easier than those with lower ratings.

While each number can stand on its own, there is a relationship between all of the flight ratings. Turn and Fade will give you a good idea of the entire flight of a disc. The FD will have a little turn (-1) and a little fade at the end (1) which results in a very straight flight. A little movement to the right to begin and then just enough fade to bring it back to the middle at the end.

Also, the PD3 has a 0 rating for turn and a 5 rating for fade. You won't see much turn at all before a strong fade at the end of the flight. It will likely finish left of center on most throws.

Speed also has a relationship with each Turn and Fade. In order to see the flight that is implied by the turn rating, you'll need to get it up to the correct speed. Plus, if you aren't able to get it up to speed, you might see a flight that resembles one with less turn and more fade.

OTHER FACTORS TO CONSIDER

It is important to think of disc golf flight ratings as a guideline. They are designed to give you an idea of what to expect. Plastic types can effect the flight in different ways as it might make a disc more or less stable.

As you use a disc, you might see a change in the flight pattern and a flight that could be different from what the flight ratings say. Some discs will maintain their turn rating (high speed stability) while losing some of their fade rating (low speed stability). Others will see more turn go into the disc over time, but the fade rating might remain the same. 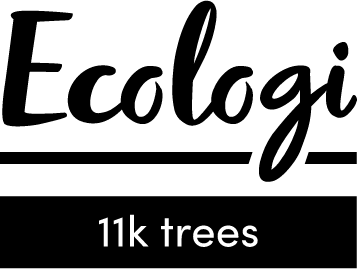